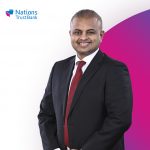 The economic crisis gripping Sri Lanka has thrown the spotlight onto the black market in foreign currency. In the early part of this year, the black-market value of the Sri Lanka Rupee (LKR) in terms of the US Dollar (USD) plunged, putting pressure on the government to devalue the currency. On 7 March the Central Bank allowed the Rupee to float, plunging it from 0.0049 to 0.0028 USD/LKR in 32 days.

Foreign currency forms a part of the “non-observed economy” (NOE), also known as the black, grey, hidden, informal, shadow, or underground economy. In a 2018 International Monetary Fund (IMF) survey of NOEs across the world, Leandro Medina and Friedrich Schneider estimated the average size of the black economy in Sri Lanka in 2004-15 at about 46% of gross domestic product (GDP – the total of all added value in the economy each year). This compares with 12% in Australia, 24% in India and 15% in Vietnam.

György Gyomai and Peter van de Ven, authors of a 2014 study for the Organisation for Economic Co-operation and Development (OECD) stressed that the NOE impacts on economic growth, employment and productivity, possible abuse of social insurance programmes, erosion of tax revenues and the integrity of, and trust in public institutions.

In 2002, the OECD identified five “categories” or segments of the NOE:

Gyomai and van de Ven point out that the borderlines between categories may be fuzzy and hard to clarify and may move with economic development or changing regulations.

The informal sector makes up a sizeable part of the NOE. According to a 2020 World Bank study, Informality, Job Quality, and Welfare in Sri Lanka, informal employment accounts for about 70% of the labour force. Workers in this sector, including home string hopper makers, moonlighting plumbers and workers in unregistered factories, constitute Sri Lanka’s “precariat”, their jobs more uncertain and precarious than formal jobs, their working conditions inferior and their earning less.

However, the greater impact on the economy is exerted by underground hidden production and by illegal production. For example, according to World Bank figures, taxation as a proportion of gross domestic product (GDP) has gradually declined, from a peak of 25% in 1979 to 8% in 2021. Tax evasion may account for a significant part of this decline. Speaking at Biznomics’ Colombo Development Symposium in November last year, then Secretary to the President PB Jayasundera claimed that tax evasion amounted to 1.5% of the GDP. However, a 2017 study by the United Nations University – World Institute for Development Economics Research found it amounted to 1.9%.

Corruption is a major source of black money – although attributed widely to politicians, it is widespread throughout the population, and has considerable social acceptance. Opportunities for direct graft are comparatively few, but bribe-taking and extortion are pervasive, from getting one’s child into school to winning a tender for a contract. Nor is it limited to the public sector. According to one business analyst, construction costs for luxury and semi-luxury property development remain high because of venality among the developers’ directors.

Of particular significance to Sri Lanka is the amount of money transferred overseas illicitly. Much of this occurs using informal money transfer schemes (IMTSs), known on the Subcontinent as Hawala (meaning “transfer”) and in Sri Lanka as Undiyal (“piggy bank” in Tamil). In 2003, Suren Gnanaraj of the Sunday Times reported how it was done, simply but efficiently: undiyal operators in Jaffna offered immediate money transfers at high exchange rates from anywhere on the planet, via agents appointed in foreign climes. Anyone overseas wanting to send money to a person in Jaffna, provides the person’s national identity card number to an agent and pays up front in foreign currency. The agent, who only takes a small commission, contacts the Jaffna operator, who pays it in rupees to the person bearing the correct identity card.

Conversely, people wanting to send their money overseas illegally, pays the local operator in rupees and the overseas agent hands the appropriate amount of foreign currency to whoever is identified as the recipient. Thus, the system – which operates throughout the island, not just in Jaffna – serves to channel remittances into Sri Lanka, and black money out. At the time, Jaffna-based operators transferred a total of approximately LKR 30 million overseas daily. People preferred to patronise undiyal operators, who paid hard cash almost immediately, whereas banks charged higher fees, gave lower exchange rates and took time to transfer the money.

In 2005, Rudhramoorthy Cheran of York University’s Centre for Refugee Studies and Sharryn Aiken of the law faculty at Queen’s University, in Canada, did a survey of undiyal outlets in Toronto. They found 150-200 agents, each transferring about CAD 50,000 per month. This worked out at between CAD 90 and 120 million per annum for just Toronto, albeit a foreign city with a large concentration of Sri Lankans.

In 2011 Daily News columnist Sher Azad extrapolated this figure worldwide, estimating that the total figure for undiyal transactions would be in the region of LKR 250 billion per year. This represented over half the figure for legal remittances, about 5% and of Sri Lanka’s GDP, and hence a significant chunk of the NOE.

That year, the Colombo Fraud Bureau raided a secret bureau de change in Pettah, engaging engaged annually in LKR 20 billion currency transactions with India, Canada, England, Germany, Switzerland and other countries. In May this year, in Boralesgamuwa, Police arrested three suspected undiyal transferors, in possession of EUR 50,000 and USD 47,000 between them, a total exceeding LKR 36 million. In July, police arrested a suspect in Weligama, with foreign currency equivalent to LKR 17 million. This suggests that undiyal systems may have expanded in both spread and size.

The effect of undiyal on workers’ remittances cannot be gainsaid. A senior figure in former President Gotabaya Rajapaksa’s administration told this writer in 2018 that the country survives on these remittances, which are 100% value added, whereas garments require extensive imported inputs. They have contributed to capital formation through generating self-employment and have driven the expansion of the financial sector and Sri Lanka’s transformation to a middle-income economy. However, he denied that undiyal played a big part in remittances, asserting that they used established banking networks.

This lack of perception may have shaped the new government’s attempts to limit imports, which relied on curbing the issue of financial instruments rather than on selective bans. This caused importers to shift to open-account transactions, in which the vendor ships and delivers the goods 30-90 days before payment is made. Anecdotal evidence suggests that importers preferred to use the black market to pay for imports, driving down the value of the Rupee (mentioned at the start of this article).

Since 2015, remittances have seen a slow but steady decline, although migration has not decreased. This might indicate that more people have left legal channels. “Mostly expatriate Sri Lankans in the Middle East use the undiyal method to send money back to Sri Lanka,” Cabinet Spokesperson/Minister Bandula Gunawardena told a weekly cabinet media briefing in early July 2022.

Cheran and Aiken say that IMTSs use a variety of methods to move money:

Goods swaps are the main form of settling accounts. However, invoice manipulations, the smuggling of currency or commodities, while not acknowledged by the agents, there further appears to be other mechanisms – cash does not actually cross borders and it never fully enters the conventional banking system.

The issue of transfers overseas by means of fraudulently invoicing came up recently. On July 10, Kapila Bandara highlighted in the Sunday Times a report by Global Financial Integrity (GFI), a Washington-based think tank focused on illicit financial flows, corruption, illicit trade, and money laundering, revealed that an average of over USD 4 billion per year flowed out of the country by this method between 2009 and 2017, and this outflow had increased steadily. That misinvoicing took place had been no secret, but its large size (approximately 5% of GDP) came as a surprise. Bandara noted that this outflow exceeded Sri Lanka’s annual petroleum import bill.

Misinvoicing works by either over-invoicing imports or under-invoicing exports. Importers pay in excess to their overseas suppliers, who credit the balance to offshore accounts held by the importers. They avoid excess import duties by mislabelling goods bearing higher tariffs as goods bearing lower tariffs. Exporters direct under-invoiced exports either to their own companies overseas, or to third party intermediaries, who pass the goods to the customer at the appropriate price, crediting the surplus to the exporter.

The Panama Papers and the Pandora Papers, giant leaks of millions of financial and legal records uncovering worldwide corrupt and criminal behaviour, concealed in secretive offshore tax havens, revealed the effect of these underground currency flows. It turned out that many Sri Lankans (overwhelmingly respectable businesspeople, not politicians) had stashed money away in shell companies in “safe harbours”.

Although the Covid-19 pandemic had a negative impact on workers’ remittances, by November 2020 they grew to a record level of USD 812 million per month. Workers catching up on postponed remittances, benefits and savings of laid-off workers, counter-cyclical remittances from infrequent remitters and most importantly, the shift from informal to formal channels (due to pandemic-induced accessibility and risk issues) caused this turnaround.

However, a gradual drop took place thereafter, becoming much steeper after December 2021, falling to USD 204 million by February 2022. The rapid reduction in the black-market Rupee rate led to even more migrant workers shifting from formal transfers to undiyal. Overseas remittances fell 52% in the first six months of 2022, compared to the first half of 2021.

On 29 April, Governor of the Central Bank Dr Nandalal Weerasinghe said that the Finance Ministry and Central Bank would take steps to prevent foreign currency flowing into the country through informal transfer channels, and to prepare a methodology to make payments for imports only through the banking system.  Accordingly, the government gazetted regulations under the Imports and Exports Control Act to regulate payment terms for imports, to curb under-invoicing.

In May the government banned open-account transactions, in which the vendor ships and delivers the goods before payment is due, which it identified as the cause of the rise of the black-market value of the Rupee. However, it later removed this sanction, to bring down food prices. The floatation of the Rupee resulted in its rapid depreciation, but with no concomitant increase in remittances – since black-marketeers simply ramped up their rates to compete.

At the early July media briefing, Minister Gunawardena said that the Cabinet was considering monetary incentives for migrant workers to discourage informal money transactions, as many were not prepared to use formal banking channels. Subsequently, Dr Weerasinghe, who had previously voiced opposition to tax-related incentives, opined that nothing more could be done to increase remittances than the existing very high exchange and interest rates. However, the government did implement non-tax incentives.

However, if the formal banking sector is to compete effectively, it must match the IMTSs’ speed and cost. Regulatory requirements often make this difficult. Analyst Kasun Kariyawasam suggests that, given that modern technologies minimise regulatory effort, the government implement mechanisms for fund transfers, using for example Blockchain (a shared electronic ledger software), to minimise cost and generate tax revenue.

Without reducing, if not eliminating, foreign currency outflows which form the backbone of the black economy, the government will find it difficult to solve the current crisis, or to prevent similar crises from recurring in future.